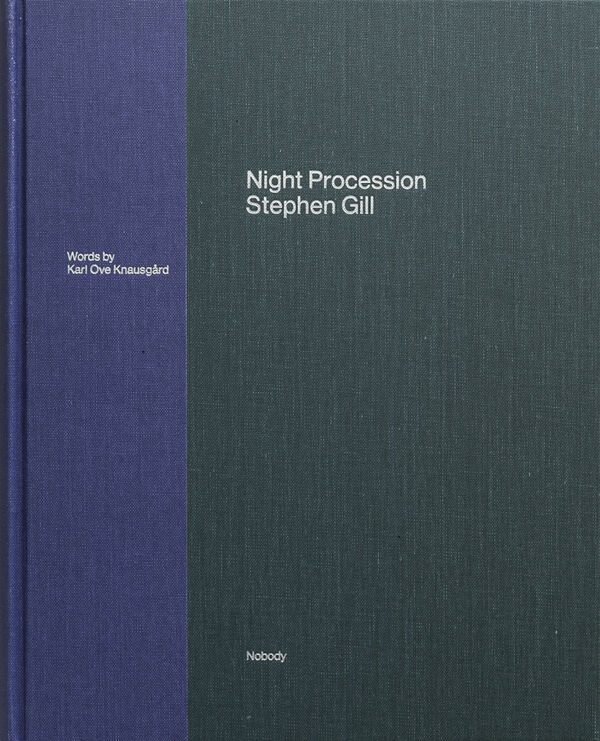 160 Seiten, 21,6 x 27 cm , 1678 g.
Stephen Gill | Nobody Books
Stephen Gill – Night Procession
2014-2017
58,00 €
Inkl. MWSt., zzgl. Versandkosten
Lieferzeit: 2 bis 6 Werktage (weltweit)
In den Warenkorb    Auf die Wunschliste
The photographs in this book have a ceremonial quality about them, as if the animals and the birds present themselves to us one by one – the fox, the hare, the wild boar, the deer, the mouse, the snail, the bird of prey, the fledglings, the owl – as well as something rather solemn, in that we see them the way they are in themselves, in their own world, normally so out of reach from our own. The world we see in these images is a secret world, though no less so when light re- turns to the land, the animals retreat into hiding and the forest again becomes recognisable to us; on the contrary, the mystery seems only to thicken. - Karl Ove Knausgård